Introduction to my current life 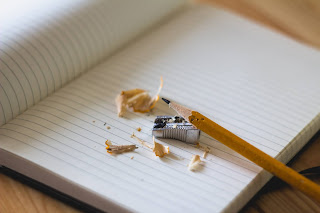 Week 1   I didn't think in college i'd have to make so many blogs for my classes but surprisingly I do, and surprisingly I always never know what i'm quite doing. I find them interesting though as I am not one to write my thoughts down and I actually hoped this year that would change; it's New Years resolution for further context. As January is coming to an end and I have yet to do that, little did I know a class would help me get started.  I've waited literal *years* to take this class and it's finally here! My name is Ashley and I am finishing up my last semester at OU as an advertising major. I know the word advertising is "annoying" but I love the strategy behind all of it and its interesting to see how the world adapts through media and even just advertising. I hope I can take my major and do something big with it someday! When I'm not working or doing school stuff I actually kind of like to golf, cook and workout. I just started golfing so ob
12 comments
Read more 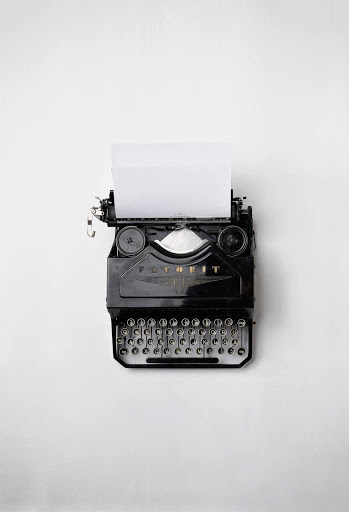 Week 14  (Source: Writing ) I was really looking forward to doing the story lab this week! I decided to look into the " Writers Write " option to really browse popular posts and get a sense of the writing community. I noticed in my feedback from my storybook that I didn't describe elements of my stores in as much detail as I should. This gives me an opportunity to look at how other writers styles can help me improve in this aspect. The first example is from the "most popular section" called " 106 Ways To Describe Sound s ." I particularly enjoyed this article because it was a fun way to show all the different words that can really improve someones writing just by adding it in/replacing it. It was nice looking into the difference between "natural sounds" and onomatopoeia. Since I'm writing such a dramatic story I think adding in these sound words can help make it feel more realistic or interesting. I have so many strong characters that th
Post a Comment
Read more 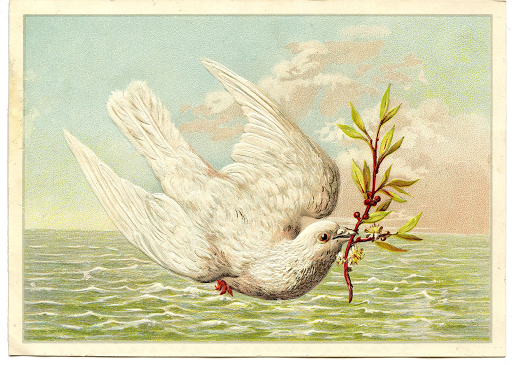 Week 14 Finishing up this week of reading notes I focused on   Italian Popular Tales  by Thomas Crane, Part B. Since this semester is coming to a close and these are some of the last reading notes, I really am going to miss these fun stories to read from week to week. I wanted to stick with the same section as I usually do every week. I can't wait to finish this up but it is also very bittersweet!!  (Source: Dove ) The first story I wanted to take notes on was the first one I read. It's called " The Language of Animals ." I enjoyed the story right off the bat because of the name and the main character. The son gets made fun of for knowing the language of animals. He is seen as an outcast, but in my opinion I find this so be so cool! The story connects humans with nature and that kind of style of writing is beautiful to me. I felt as if this character went on a journey to discover who he was and why it was important to understand the animals. It's interesting to m
Post a Comment
Read more 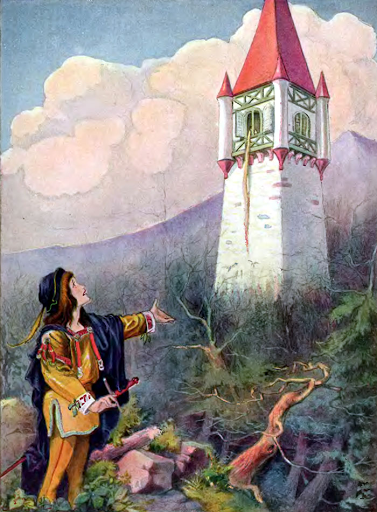 Week 14 It was cool to see the different stories told between different parts of the world. I took Italian in college and really wanted to read into the Italian section. I read Italian Popular Tales by Thomas Crane. I think these tales have interesting twists on stories that I know of but have been "Americanized" or are just different. This particular section offered stories that have elements that are the same from different units but still tell their own unique story setting them apart.  (Source: Fair Angiola ) The first story that I found similarities to other units was " The Fair Angiola ." It was a story that was very similar to Rapunzel. The reason I saw similarities was because at the very beginning there were signs of the number seven. I know I have noted on this before during past stories. The witch that comes to Angiola's mother even says when she turns 7 she would have to give the witch her daughter. It also goes into the conflict showing that the m
Post a Comment
Read more

Week 13 Story: By the Riverbank 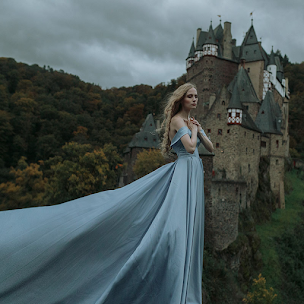 Week 13  (Source: Princess Elizabeth ) There once was this beautiful princess named Elizabeth who lived in a huge castle next to the river. She would spend most of her days sitting by her window watching the water flow. She was forbidden to go out there by orders of the king saying it was too dangerous. One day she saw a man who looked rather lost sitting by the riverbank. She quickly ran down the stairs and met with him from the other side.  Once she got closer she shouted, "Excuse me sir! What are you doing out here all by yourself?"  Elizabeth didn't realize he was the prince who was suppose to meet her sister, Anastasia, later that day.  He responded, "I'm so sorry I went for a ride by myself to clear my head and I got lost. I have to figure out a way to get to the castle actually."  She stumbled backwards realizing who he was. She quickly gave him directions on how to cross the river and ran back up to her room in hopes no one realized she had slipped
Post a Comment
Read more 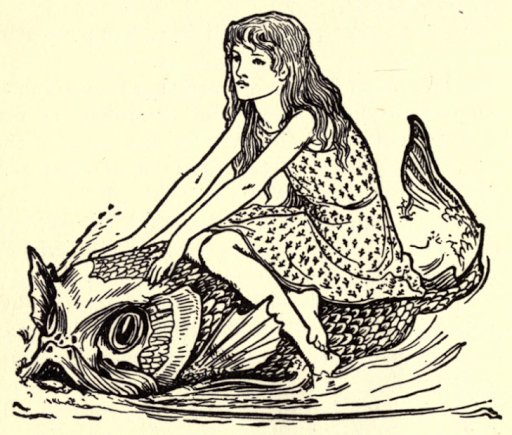 Week 13  To finish off this British and Celtic unit, I just continued reading the " English Fairy Tales " by Joseph Jacobs, second edition. I think a story will be created from either one of the stories my last notes had, or this section depending on how different they are! I can't wait to look at the style since Jacobs has a range of different writing styles for these tales. I also find all the characters to be unique and presented really well through out these stories. It would be interesting to draw inspiration from one of the more intense stories as well.  (Source: Stars in the Sky ) The first story I read was " The Children in the Woods ." I immediately thought of Hansel and Gretel. I also wondered before reading it if it would end in a dark twisted way like the originals. The way the story is constructed makes it look like a really long poem (I honestly don't know the exact word for this style of story writing). When I started to read the actual story
Post a Comment
Read more 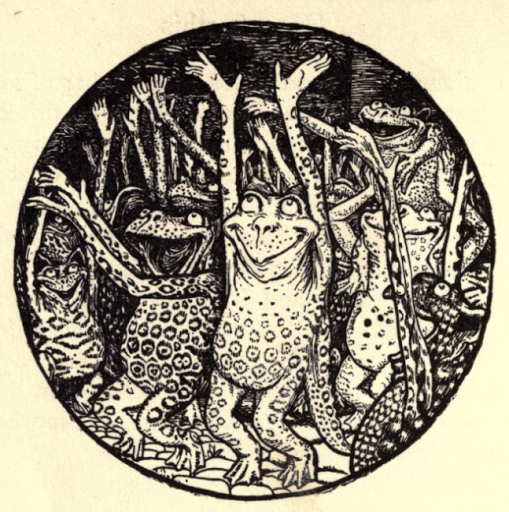 Week 13 Wow! I can't get enough of the " English Fairy Tales " by Joseph Jacobs. This is notes from the second edition. I found the layout of these tales to be very similar. They were also very creative and detailed in terms of interactions with other characters and the places where these stories took place. I definitely saw ties to stories I grew up reading, but I enjoyed these because they are a little darker and have obscure endings.  (Source: The Golden Ball ) The first story that caught my attention was " The Golden Ball " because it was completely different from what I thought it was going to be. I thought it was going to be a princess story with the event kind of "ball", but rather it was an actual golden ball. I thought the language and how it created the scenes was very interesting. This story had the same language style as "Tit Tot" but other stories in this collection are written normal. It also still followed that idea of a riddl
Post a Comment
Read more 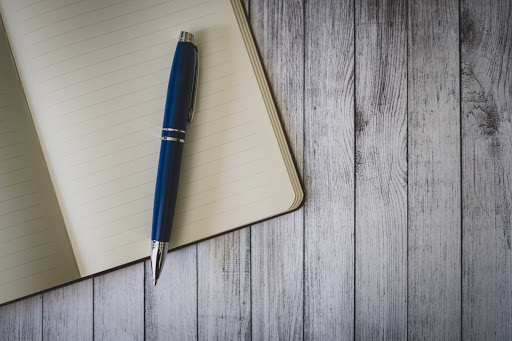 Week 12 (Source: Unsplash ) I really enjoy doing these "story lab" assignments and I have to say I really needed to read the " Advice to Writers " blog this week. I've been so overwhelmed with the amount of writing assignments I've had lately so my motivation to write has been down. I feel like I'm running out of ideas for stories and my brain just feels so dead. There was one post on this blog that I immediately saw and related to. It was the perfect timing to see it and realize I shouldn't be overwhelmed by it all. This one was "The Useless Days Will Add Up To Something." I actually am a waitress and it even talked about how "the shitty waitressing jobs" even add up to something. I needed to think of the bigger picture of it all and see how it all amounts to me becoming a better writer. I know this funk has had an effect on being able to create stories that I like actually want to write about. The blog post "Story is Emoti
Post a Comment
Read more
More posts

ashley
I'm an advertising major finishing up my last semester of college. I'm excited and overwhelmed -mostly overwhelmed. I'm excited for this year and all of these blog posts that I have yet to create. I love to read, ironically I don't really enjoy writing, and I love to cook. Enjoy!